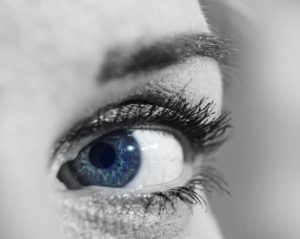 Abnormalities in the brains of people with eating disorders may explain why body image is such a concern.

Researchers from UCLA found that people with anorexia and body dysmorphic disorder have abnormal activity in the brain’s visual cortex, an area responsible for processing perceptions of images.

“We now know that these abnormalities may be happening at the very early stages when the brain begins processing visual input, and that the similar distortions in perception shared by anorexia nervosa and body dysmorphic disorder may have similar neurobiological origins,” said study author Wei Li. “This understanding has the potential to lead to new strategies that can improve the way we treat these disorders.”

Electrical activity that was recorded in the first 200 milliseconds of seeing the images suggest that people with eating disorders may have a heightened critical response and distorted perceptions due to brain changes.

The study suggests that perceptual retraining therapies might be a viable option for treating eating disorders.

“Among the questions to be answered in future research is whether this dysfunction improves as a result of treatment,” Li said.