Scientists Have A Found A Gene Linked To Anorexia 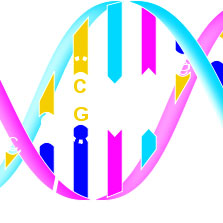 Anorexia nervosa affects nine out of every 1000 teenage girls and women in the United States alone. A woman suffering from anorexia has an irrational fear of weight gain. Even though she may be 5’ 6” and only weight 90 pounds, she sees herself as overweight.

Scientists at The Children’s Hospital of Philadelphia have identified both common and rare gene mutations associated with anorexia. Which suggest that anorexia nervosa may be a hereditary condition. The condition usually starts during the teenage years leaving most people to believe it is a teenager disorder that is caused by low self-esteem issues that can follow into adulthood. When in fact Anorexia nervosa is a mental health disorder that can start at any age.

One clinical study involved three thousand seven-hundred and thirty three (3,733) young non-anorexic 13-year-old girls and one thousand and three (1,003) anorexic girls from age 13 to 27 years old. The purpose of this clinical study was to verify and confirm findings in previous studies. Which the scientists were able to do.

“Our study suggests that both common SNPs and rare CNVs contribute to the pathogenesis of anorexia nervosa,” said Hakonarson. “The gene variants we discovered are worthy of further analysis in independent cohorts.” That statement means although the scientists did find a genetic gene that very likely makes anorexia nervosa hereditary they would like to continue to study their findings.