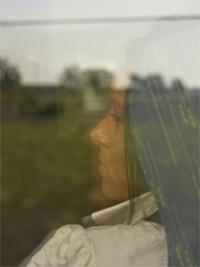 An Orthodox Jewish woman shares her story of fasting and anorexia:

“Hilary Waller remembers begging her mother to let her fast on Yom Kippur. At 10 years old she was a bit too young, but embracing the rigid discipline seemed desperately important.

“It felt like I was practicing not eating. It was something that was reassuring and gave me strength and a sense of pride,” said Waller, a 28-year-old teacher at a religious school in Blue Bell, Pa.

It was the same rush she got years later in college each time she saw the scale tip downward. Waller, who suffered from anorexia, starved herself until she stopped menstruating, lost some of her hair and was exercising several times a day.”