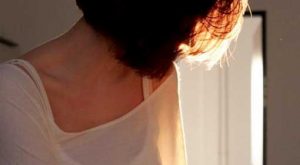 Even though social media blogging sites such as Tumblr and Pinterest have banned content that promotes eating disorders such as anorexia and bulimia, the damaging sites are still around.

The blogs which often contain images of extremely thin women along with messages promoting self-starvation techniques can be especially triggering for anyone who is struggling with an eating disorder.

Children in particular, are extremely vulnerable to the messages contained within “pro-ana” (anorexia) and “pro-mia” (bulimia) websites. In some cases, children as young as 12 years of age are accessing the sites, learning about unhealthy behaviour patterns that promote self-harm at a time in their life when they are just beginning to form their own identity and fit in socially with their peers.

The situation is complicated by the fact that many individuals who suffer from serious eating disorders are unaware that they have a disorder. Although some people have suggested that the sites provide a form of support to people struggling with similar challenges (body image and self-esteem issues), they are far more often used as a means to share unhealthy and extreme weight loss practices and idealized graphic images of starving women.

Meanwhile, Tumblr and Pinterest, the social blog platforms that have adopted a policy of shutting down websites that promote eating disorders, appear to be having difficulty regulating the sites. Some websites are slipping through the cracks because they have only recently been created. Others are escaping notice because the user of a banned site has created a different account that has yet to be detected.

Online blogging sites that attract individuals with eating disorders are popular due to the ease of sharing information with others suffering from anorexia and bulimia.