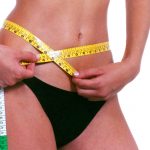 Researchers interviewed 711 teenagers in total, in order to uncover the extent of the problem. They discovered that 32 percent of teens have a positive opinion of the pro-anorexia websites, and that young people are still managing to access the sites which are commonly blocked by well known search engines in an effort to deter users.

Many pro-anorexia websites have gone underground in an effort to avoid detection, and require users to provide a password to gain access. Other interactive blogging sites allow anonymous users to post information about their extreme weight loss using fake names and separate accounts in order to hide their illness from friends and family.

The pro-anorexia websites have induced outrage among many organizations that provide resources and support to individuals suffering from eating disorders such as anorexia and bulimia. The websites are known to contain inappropriate and Irresponsible tips on how to lose an extreme amount of weight, including suggestions to encourage persons with eating disorders to trick their family members into thinking that they are eating, when they are not.

The websites are considered to be particularly dangerous for vulnerable young people, who may be mislead into believing that eating disorders are okay, and that being underweight is desirable. Other teenagers have noted that the pro-anorexia websites promote an unhealthy obsession with food and weight loss which in fact, increases the severity of their eating disorder.

The deceptive nature of the pro-anorexia websites is especially concerning as this behavior encourages teens to isolate themselves further from friends and family members who may be trying to provide treatment and support for their loved-ones.