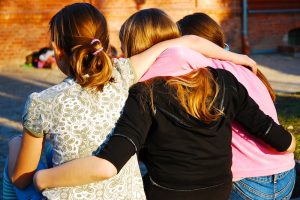 Australian physicians are alarmed at a new trend that shows an increase in the number of children coping with serious eating disorders such as anorexia. Doctors at the Westmead Children’s Hospital in New South Wales note that childhood hospital admissions for eating disorders including anorexia have actually tripled in the past decade. Some of the children are severely affected by eating disorders, to the point that their lives are at risk.

The Australian Broadcasting Corporation reports a significant increase in eating disorders among young children. They cite statistics which indicate that one out of every four 8 year olds is dieting to lose weight and one half of 10 and 11 year olds are unhappy with their body image.

While genetic predisposition may be playing a role in these eating disorders, it is believed that the media is also to blame for triggering the illness in such young children. Many young people are receiving mixed messages regarding the fight against obesity, which become incorrectly translated into an excessive desire to be thin. Instead of focusing on healthy balanced eating and exercise, young children may believe that overeating is to blame and dieting is the answer.

Popular television shows such as “The Biggest Loser” can unintentionally fuel the extreme desire to be thin, especially if young children hear positive comments from their parents or siblings on the amount of weight a person has lost. Most children have formed their own opinions as to ideal weight and body image by as young as 12 years of age.

Parents are advised to lead by example when it comes to guiding their children’s food choices and eating patterns. Young children tend to conceptualise things very concretely, and may misunderstand a parent’s critical assessment of their own weight, to mean that the child should aim to be thin or underweight.