How Do Anorexics Control Their Appetite? 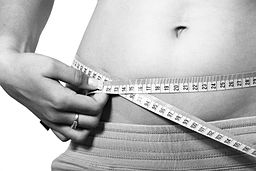 There are many people who, regardless of how much they weigh, avoid fatty foods and sweet desserts. However, despite how good a person’s intentions may be, it’s hard to maintain self-control in the face of tempting foods. It’s normal to cave in and lose your willpower sometimes, but people with anorexia manage to starve themselves and ignore their favorite foods.

There’s a new study that sheds light on how the brain has mechanisms that could contribute to the troublesome eating habits in anorexics.

Hunger increases the intensity of food rewards. However, people with anorexia despite being in a state of constant starvation, are able to ignore food entirely.

In a new study done by Dr. Christina Wierenga, Dr. Walter Kaye and their colleagues, new light is shed on the mechanisms in the brain that might contribute to the eating patterns in people with anorexia.

The team examined reward responding in relation to metabolic state (hungry or full) in 23 women who had recovered from anorexia and 17 healthy women, without a history of eating disorders. Women who actively have anorexia nervosa were not studied to reduce the potential confounds related to malnourishment.

The healthy women in the study were hungry and showed an increased activity in the portion of the brain that motivates reward seeking behavior. The women who recovered from anorexia didn’t have this type of activity going on in the brain. The recovered females also exhibited increased activation of cognitive control circuitry, regardless of whether they were hungry or not.

Hence, this study determined that females who had recovered from anorexia nervosa showed two related patterns of brain changes that might lead to their capacity to sustain food avoidance.

Firstly, hunger does not cause an increase in the reward and motivation circuits in the brain engagement. This might protect people with anorexia from experiencing the pangs of hunger. Secondly, these individuals showed a higher level of self-control, perhaps leading them to be more effective at resisting tempting foods.

According to Dr. Wierenga, “This study supports the idea that anorexia nervosa is a neurobiological-based disorder. We’ve long been puzzled by the fact that individuals with AN can restrict food, even when starved. Hunger is a motivating drive and makes rewards more enticing. These findings suggest that AN individuals, even after recovery, are less sensitive to reward and the motivational drive of hunger. In other words, hunger does not motivate them to eat.”

Dr. Kaye added, “This study offers new insights about the brain in AN, which we are using to guide treatment development efforts, and reduce stigma associated with this life-threatening disorder.”

Dr. John Krystal states, “Anorexia nervosa is a devastating illness and this study sheds new light on brain mechanisms that may enable people to starve themselves. In identifying these mechanisms, this work may provide circuit-based targets for therapeutics. But these same circuits and processes seem to be engaged ‘in reverse’ for obesity. Thus, this study may have broad implications for the country’s obesity epidemic as well.”