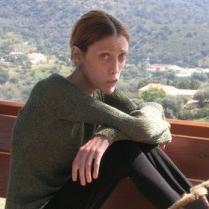 French model, Isabella Caro, who spoke out about her battle with anorexia, died last month:

“Isabelle Caro, a French model featured in an anti-anorexia advertising campaign, died at age 28 from unknown causes. Caro actually died last month, but the news wasn’t made public until this week.

Caro suffered from anorexia from the time she was a teenager and made her struggle public in 2007 when she appeared in an ad for an Italian designer showing her naked, emaciated frame with the words “No. Anorexia.”