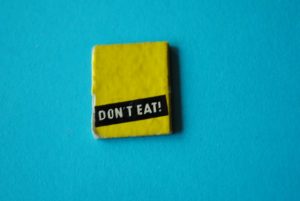 People who are admitted to the hospital with anorexia nervosa can safely put on weight at a faster rate than what was previously thought. The national current guidelines recommend a quicker weight gain, as long as the patient receives close monitoring, according to a research report from scientists at Johns Hopkins Medicine.

The recent study challenged long-held guidelines set by the American Psychiatric Association and the American Dietetic Association, along with other major international organizations. Refeeding and stabilizing dangerously underweight anorexics can be a very perilous prospect. Currently, the guidelines for helping an anorexic gain weight recommends it be done at a rate of about 1-3 lbs. per week.

Many anorexia treatment programs have a low threshold for weight gain, partially because of the concerns with safety and faster refeeding. There can be many risks associated with refeeding, including a condition known as “refeeding syndrome” This involves a metabolic disturbance which can be very unsafe in underweight individuals with a weakened immune system, cancer, starved wartime survivors and those with anorexia who return to eating highly caloric meals too soon.

When a person is suffering from malnutrition and starvation, the body goes into a metabolic pattern that will deplete any available phosphate, glucose and minerals. If normal eating patterns are resumed, some of the organs will draw on these same reserves to enable normal function which means more depletion.

According to Dr. Angela Guarda, author of the study and director of Johns Hopkins Eating Disorders program says, “The initial drop in available phosphates puts patients at risk of a lethal heart arrhythmia and failure, the most serious aspect of refeeding syndrome. So, ‘slower is safer’ has been the clinical view. But at what price?”

She further states, “If a patient is severely ill and needs to gain 50 pounds, but only gains 10 pounds in the hospital, you achieve little other than a temporary improvement. Worse still, recent research actually shows that under traditional protocols, people can lose weight in the hospital.”

In the study, medical researchers gathered data for more than eight years from 361 participants with anorexia and related disorders. Each participant spent about a week or more on an inpatient weight gain plan.
Psychiatrist Graham Redgrave, M.D. is the study’s first author and an expert in eating disorders. He said, “We were able to get patients with anorexia to safely gain around four pounds a week. That’s twice the national average. The higher rate is important, because it means that most patients left the hospital at a normal weight. Studies show that patients who gain more weight in treatment are less likely to relapse in the first two years after treatment, when they’re most vulnerable.”

Researchers suggested that consistent monitoring of patients in an inpatient setting could lower the risks associated with refeeding syndrome. During the study, those who went into an inpatient program with a dangerously low body mass index level, were tested daily for levels of glucose and phosphate in the blood.

The careful monitoring continued until nutritional treatments restored the individual with normal levels. Less than a fifth of patients had a drop in phosphates, when given rapid refeeding and none of them developed refeeding syndrome.

Conclusion of the Study

At the end of the study, more than 70 percent of adults in the study reached a body mass index of 19 or higher. While 80 percent of adolescents in the study hit within five pounds of their goal weight.
In conclusion, Dr. Redgrave stated, “Reversing starvation and reaching a healthy weight is critical for therapy to work. Patients at a very low weight don’t think clearly. Their judgment becomes impaired; they’re more obsessional, anxious and depressed. Weight restoration reverses that.”
The results of the study brings promise to the treatment and recovery of those suffering with anorexia. National guidelines may need to be modified and practices changed, in order to save more lives and to improve the outcome that those with anorexia experience.