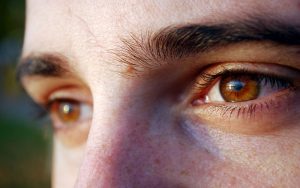 Family Physicians in the UK are being advised to watch for cases of anorexia in men by the Royal College of GPs.

The latest statistics indicate that the number of men believed to be suffering from anorexia and bulimia is increasing. It is estimated that approximately 1.6 million people in the UK are coping with an eating disorder, and as many as one in five of those may be men.

Family doctors often attribute weight loss in men to other causes such as depression, as anorexia is an illness more usually associated with young women. Doctors are now realizing that both men and women can be affected by eating disorders, although there does appear to be a difference in the way that men and women control the number of calories they consume.

Women who suffer from anorexia will most often restrict the number of calories they consume in order to control their weight. Men are more likely to control their weight by over-exercising. Often, a man’s obsession with working out at the gym is mistaken to be a positive and socially acceptable trait, rather than a manifestation of a potential mental health problem.

The situation is made worse by the current gym culture fuelled by fitness magazines and the media that promote “perfect” bodies. Other triggers include depression, stress, and bullying. Just as in cases of female anorexia, male anorexics are focused on obsessive control.

Another manifestation of this quest for the “ideal” body in men involves a compulsive desire to build up muscle. Muscle dysmorphia (also known as “bigorexia”) occurs in individuals who believe that they are too skinny and need to build muscle, when they are already well built from working out at the gym. “Bigorexia” can result in excessive training (even when injured), unhealthy diet changes, or even steroid abuse.