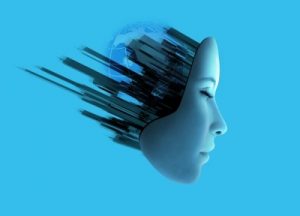 A pilot study has shown a glimmer of hope for those suffering from the most severe cases of anorexia.

Using a somewhat controversial treatment method that has long been employed for other mental health conditions like depression, researchers found that deep brain stimulation (DBS) showed promise in helping to treat the underlying issues associated with anorexia.

What is deep brain stimulation?

Deep brain stimulation is a form of therapy that involves implanting a small electronic device into the brain, which is connected by wires to another base unit implanted underneath the collarbone. The base unit serves as sort of a pacemaker, delivering electronic pulses to certain areas of the brain.

The theory behind the therapy is that it helps the brain to “reset” certain electrical circuits that become compromised in people with mental health disorders.

Results of the study

The study was small, including only six patients with severe anorexia. But initial findings showed positive effects on mood, BMI, anxiety and brain metabolism.

“Clinically, three of the six patients showed a change in the natural history of their disorder, achieving a sustained increase in BMI over a period of at least three to six months,” said the researchers, led by Andres M. Lozano, MD, of Krembil Neuroscience Center and University Health Network in Canada.

Obsessional symptoms also appeared to be reduced in the anorexic patients. All six of them have reported improvement in mood nine months post-surgery.

The treatment will require the patients to live with the implanted devices, which can require surgical battery changes one to two times a year. DBS has also made news in the last few years as a way to help treat Parkinson’s disease.

The study can be found in The Lancet.