Can Kids Find Help For Anorexia On A “Pro-Ana” Post? 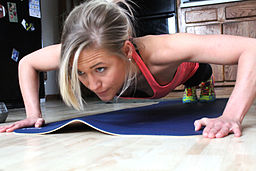 For many years, people visiting YouTube have accidentally or intentionally encountered so-called “pro-ana” videos that perpetuate the virtues of the deadly disease anorexia.

However, a new Norwegian research study found that individuals against these websites have mounted a response. Now, a vast amount of anorexia-themed videos posted to YouTube actually encourage people to recover and warn viewers against the dangers of an eating disorder.

The Norwegian team researched the nature of widely viewed anorexia material because of concerns that viewers, specifically impressionable young girls, might be tempted by these videos to engage in this unhealthy behavior.
Dr. Atte Oksanen, a professor of social psychology in the school of social sciences and humanities at the University of Tempere in Finland states by comparing pro-ana videos “our study showed that anti-anorexia videos were in fact more popular and more positively rated.”

However, she also stated, “parents should be aware that it is very easy for children to access potentially harmful material by accident. As regulating current social media is very difficult, it is more important that parents provide support for their children when needed.”

The findings of the study were published on December 16th, 2015 in the journal Pediatrics.

It is more common for an eating disorder to appear during the teenage years or in young adulthood, according to the United States National Institute of Mental Health. Individuals with anorexia usually view themselves as being overweight, and become obsessive about restricting their food intake. Bulimia is another eating disorder that involves eating large amounts of food and then purging it from their body, by vomiting or through using laxatives.

The self-starvation practices associated with anorexia can result in death if the complicated disease is not treated. For this reason, online postings that seemingly normalize anorexia are so troublesome.

YouTube is a free, open-access video sharing website and more than 1 billion people globally have used it. Many users of YouTube are children and adolescents, and the absence of any age requirement or membership means the website has very little to stop them from accessing it.
The Norwegian team used the “YouTube Data Application Programming Interface” to collect data on the sites 25 most popular anorexia profiles, both pro and con. The data was mined between October of 2012 and October of 2014.

The information collected by the team included nearly 400 videos which centered on anorexia, which received 12,000 viewer comments or more. Though the videos were made in 13 counties, nearly half of them were from the United States and 94 percent were made by females.

Through performing a content analysis, it was revealed that anti-anorexia theme videos received 4.8 million views, which made them more popular than pro-ana videos which received 1.5 million viewers, researchers found.
Anti-anorexia videos also got more positive feed-back that pro-ana videos, though there was no appreciable difference in the frequency of negative comments between the two.

Conclusion to the Study:

The team concluded the study saying YouTube viewers are “more likely to encourage recovery than to advocate unhealthy eating practices.”