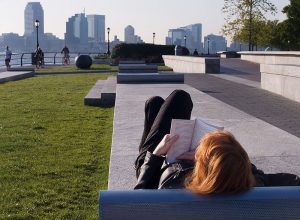 A book by Harriet Brown called Brave Girl Eating: A Family’s Struggle with Anorexia is providing a fascinating glimpse into the devastating effects of anorexia upon the entire family.

The book describes the ordeal of Kitty (Harriet’s teenage daughter) as she struggles with anorexia. It also covers the frustration and distress experienced by parents who come to the realization that their daughter is fighting a life-threatening condition. It is the response of the parents to this puzzling and challenging illness which turns the book into such compelling reading.

Of particular interest is the manner in which the emotional toll of the illness is presented by Harriet Brown. The enormous power of anorexia to cause sufferers to avoid the consumption of food, leads insidiously to a distorted body image and isolation from family and friends. As noted in the book, anorexia can cause the entire family to suffer. As the illness progresses, the person with anorexia becomes consumed by anxiety over gaining weight, and turns into someone almost unrecognizable; both mentally and physically. In turn, parents are left feeling bewildered that such a thing could happen to a child in their family. Without support, there is a tendency for parents to swing from panic to despair, and for the child to get sicker. The importance of treatment is paramount.

Harriet Brown also discusses some of the challenges that lie ahead for families attempting to navigate their way through the medical insurance system and treatment options. She also delves into the way American society tends to view families with eating disorders, noting that anorexia is not a choice, and parents are not responsible for the illness itself.

Finally, Harriet Brown offers families coping with anorexia, both hope and empowerment. She details the progress of the entire family through Family Based Treatment (known as the Maudsley approach), and notes the enormous benefit to the child, of having parental support throughout their ordeal with anorexia.

The book is now released as a paperback edition, and is published through Harper Collins.