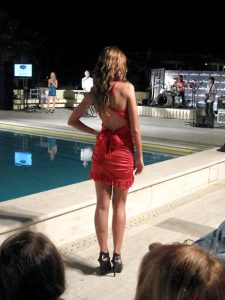 The largest DNA-sequencing study on anorexia has associated the disorder to gene variants that regulate cholesterol metabolism.

This means that the eating disorder could, in part, be caused by disruptions in how the body processes cholesterol.

The research, which was conducted by collaborators representing more than two dozen different institutions, included over 3,000 people – 1,200 anorexia patients and 2,000 non-anorexia subjects.

Certain variants of the gene EPHX2, which codes from an enzyme that is known to help regulate cholesterol, were found to be linked to the eating disorder.

“When we saw that, we thought that we might be onto something, because nobody else had reported this gene as having a pronounced role in anorexia,” said Nicholas J. Schork, a professor at The Scripps Research Institute (TSRI).

The researchers aren’t entirely clear on how EPHX2 causing abnormal metabolism of cholesterol might trigger anorexia, but they noted that people with the condition often have significantly high levels of cholesterol in their blood – despite being malnourished. Some studies have also suggested that rapid weight loss can lead to higher cholesterol levels.

“The hypothesis would be that in some anorexics the normal metabolism of cholesterol is disrupted, which could influence their mood as well as their ability to survive despite severe caloric restriction,” said Schork.

Results of the study are published in the journal Molecular Psychiatry.