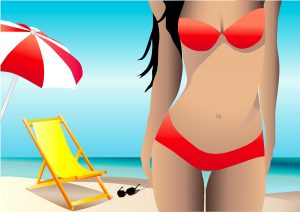 A new research study from the London School of Economics and Political Science has determined that anorexia is a socially transmitted disorder caused by peer-pressure and a perceived need to measure up to unrealistic standards promoted by the media and fashion industry.

The study which involved an economic analysis of approximately 3,000 women from across Europe determined that standards of physical appearance (in particular body shape) greatly influence human behavior. The researchers noted for example, that anorexia occurs more frequently in countries such as France where women tend to be thinner than usual.

The researchers analysed the influence of group peer-pressure among 2,871 women between the ages of 15 to 34. The women were asked to report on their height, weight, eating habits, etc. as well as a number of other areas including their perception of their own body image. The most significant factors that influenced the women’s body image were social and group peer-pressure. This in turn, played a large role in determining the women’s motivation around health behaviors and food issues.

Women who had distorted body image perceptions and who developed anorexia were especially vulnerable to social pressure created by the fashion industry and media in which underweight models are seen as an “ideal” for body image, even though their weight may be unhealthy.

The study which is due to be published in the journal Economica later this year highlights the need for some sort of government regulation regarding the use of extremely underweight models.

The researchers conclude that social pressure to be thin reinforced by group peer-pressure impacts many young women, and may trigger eating disorders such as anorexia. The combination of peer-pressure (in which a thin body shape is favoured) and distorted body image (where a person perceives themselves as overweight even though they are actually underweight) increase the likelihood of a woman developing anorexia.