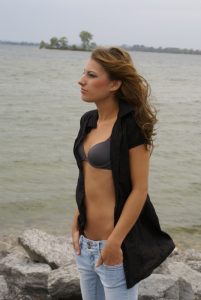 Two researchers from Dartmouth College have developed a computer algorithm that allows one to determine the extent to which photographs have been altered in order to promote unrealistic body images for advertising purposes.

Photo retouching prior to publication can range from a little bit of skin tone smoothing, to completely removing and altering body parts to create a false image. In 2009, a Ralph Lauren advertisement featured a model that appeared to have a head larger than her waist. The unlikely image drew criticism from those concerned with the impact on young girls of advertisements featuring unrealistic and unattainable body images.

Some people have called for a ban on extensive photo retouching, while others believe that labelling the photographic alterations is more appropriate. According to the National Association of Anorexia Nervosa and Associated Disorders, more than half of teenage girls and nearly one third of adolescent boys are resorting to unhealthy strategies in an attempt to control their weight.

The computer tool which unveils the photo retouching, and ranks the changes on a scale of one to five will be discussed in an article to be published in The Proceedings of the National Academy of Sciences. The computer tool will go a long way to ensuring that advertisers are honest and up-front about the photographic images they use.

Research has indicated a strong link between photographic images used in the media, and the cultural expectations of thinness and perfection that influence many teens.

Eating disorders are especially prevalent among adolescents who are the age group most likely to be viewing the advertisements. This perpetuates the cycle of unrealistic body images and psychological distress and anxiety among young people who are unable to attain the impossibly thin body images they view in the media.

It is hoped that this computer tool will result in a little more accountability in the advertising industry.