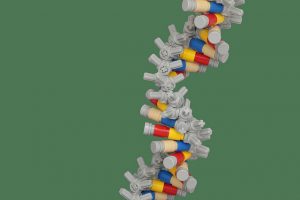 Early treatment of anorexia increases the likelihood of recovery success, and the reason for this goes deep as our DNA.

The expression of DNA – the way it influences our body and behavior – can change because of environmental and lifestyle influences, such as the food restriction associated with anorexia.

Research has shown that women with chronic or long-term anorexia nervosa (AN) have more of these changes in their DNA—changes that affect social behaviors, the brain, nervous system, anxiety, and immunity.

Environment and lifestyle influences do not alter the structure of DNA, but create change by attaching molecules or “methyls” onto our DNA. This process is called methylation. It modifies the expression of traits controlled by the altered gene, traits such as emotional reactions, body functions, and behaviors.

The new research suggests that anorexia symptoms become entrenched over time because methyl molecules added-on to DNA lock symptoms in. The entrenchment of symptoms makes recovery of long term AN a slower, more difficult process.

Methylation occurs in everyone, and its locking in of symptoms may prove to be true for other psychological and physical illnesses as well. However, the research findings concerning AN make this disorder’s physiological underpinnings clear.

“This research helps clarify the point that eating disorders are not about superficial body image concerns or the result of bad parenting,” said Dr. Steiger, Chief of the Eating Disorders Program, Douglas Institute, Montreal. “They represent real biological effects of environmental impacts in affected people, which then get locked in by too much dieting.”

“These findings point to physical mechanisms acting upon…the body that may underlie many of the effects of chronicity. All in all, they point to the importance of enabling people to get effective treatments as early in the disorder process as possible.”