Effects Of Food Deprivation On Personality And ED Treatment 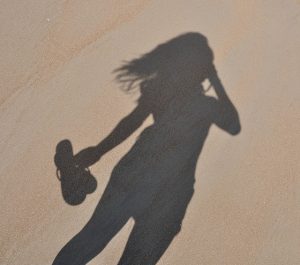 When eating disorder (ED) programs initially focus on a patient’s weight gain the purpose is, naturally, to prevent further physical deterioration. However, weight gain may improve an individual’s mental health as well.

In severely underweight ED patients, symptoms that seem to indicate depression, OCD, or anxiety disorders may actually be owed to food deprivation—and no amount of psychotherapy can alleviate starvation-based psychological symptoms. Once better physical health is restored, legitimate mental health issues will become evident and can then be addressed.

Doctors and scientists know of the behavior and personality altering effects starvation has on the human psyche through a research study completed 70 years ago.

In late 1944, at the University of Minnesota, 36 healthy young men volunteered for a year long experiment on the physiological and psychological effects of starvation.

WWII was winding down and the medical community was unsure how to rehabilitate people who experienced starvation during the war. It was hoped that The Minnesota Starvation Experiment would provide some answers.

The participants ate a normal diet for three months, followed by six months on a semi-starvation diet, and finally went through a few months of rehabilitation. Each week throughout the experiment, the volunteers worked 15 hours in the lab, walked 22 miles, and engaged in 25 hours of various educational activities.

The participants also experienced personality changes that may be familiar to individuals struggling with certain EDs. The changes include:

These personality changes, experienced by the young men, suggest that many psychological issues people with certain eating disorders face are actually rooted in starvation, and may resolve as the body becomes healthier. Treating these symptoms as a separate mental illness before establishing a healthier weight could prove an exercise in futility.

The Starvation Experiment also demonstrates the tremendous patience required from those in ED recovery.

Rehabilitation for the study’s young men was slow and initially unpleasant; many of them felt worse before feeling better. It was only after 12 to 30 weeks of weight gain that their psychological issues started resolving. The participants eventually resumed enjoyment of their pre-study personality characteristics such as sociability, sense of humor, and enthusiasm for life.

The helpful thing to take away from the young men’s slow, difficult recovery, is that they did recover.