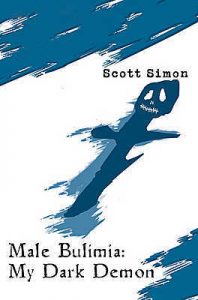 NOTE: This is a rather long ‘post;, but it explains some of the most valuable information pertaining to the effects of starvation on human behavior. Please take the time to read the entire writing.

The following is an adaptation of “Handbook for Treatment of Eating Disorders” p. 145-177 by David M. Garner, Ph.D., which describes a study performed by Ancel Keyes at the University of Minnesota.

The short version: Physically AND mentally healthy MEN were given a diet of about 1/2 their normal intake for about 6 months. Almost all of the men began to show symptoms and behaviors identical to those seen in people with EDs. Then, when the starvation phase was ended, the men continued to show drastically unhealthy behaviors regarding food and overall mental health.

STARVATION SYMPTOMS
One of the most important advancements in the understanding of eating disorders is the recognition that severe and prolonged dietary restriction can lead to serious physical and psychological complications (Garner, 1997). Many of the symptoms once thought to be primary features of anorexia nervosa are actually symptoms of starvation. Given what we know about the biology of weight regulation, what is the impact of weight suppression on the individual? This is particularly relevant for those with anorexia nervosa, but is also important for people with eating disorders who have lost significant amounts of body weight. Perhaps the most powerful illustration of the effects of restrictive dieting and weight loss on behavior is an experimental study conducted almost 50 years ago and published in 1950 by Ancel Keys and his colleagues at the University of Minnesota (Keys et al., 1950). The experiment involved carefully studying 36 young, healthy, psychologically normal men while restricting their caloric intake for 6 months. More than 100 men volunteered for the study as an alternative to military service; the 36 selected had the highest levels of physical and psychological health, as well as the most commitment to the objectives of the experiment. What makes the “starvation study” (as it is commonly known) so important is that many of the experiences observed in the volunteers are the same as those experienced by patients with eating disorders. This section of this chapter is a summary of the changes observed in the Minnesota study.

During the first 3 months of the semistarvation experiment, the volunteers ate normally while their behavior, personality, and eating patterns….