WarZones: Bodies At War Is New Play Now In DC And NY 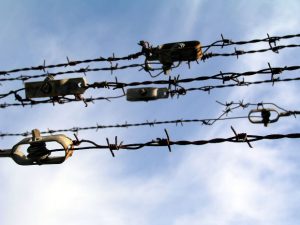 Through the eyes of one woman, War Zones investigates four important male bodies—those of her father, her first sexual partner, her husband, and her son. These bodies are at war with themselves in the form of Alzheimer’s, bipolar disorder, anorexia, and bulimia. Synthesizing poetry and drama, War Zones shows how one woman’s growth from five to fifty is shaped by the bodies she loves along the way.

Playwrite Laura Brienza has shaped a body of research—extensive reading that began years ago, recent surveys with men aged 16 to 60—into four meditations on the bodies of one woman’s male loved ones. Narrator Joanne relates the stories of her Alzheimer’s afflicted father, her husband, their anorexic son, and a teen lover made sexually violent by bulimia. Tender concern radiates from the script, as if the words were laid on paper by motherly hands, gliding as they would over injured skin. The same concern is present in Laura when she repeats that 10-15% of eating disorder patients are male, and that many more probably avoid treatment.

For More Information or to book the production: