Fussy Eating May Be An Eating Disorder 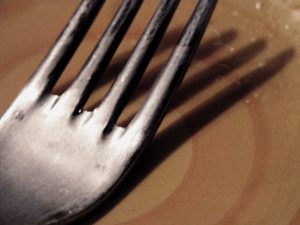 Picky and fussy eaters are not just being difficult to please say U.S. researchers. They may be suffering from an eating disorder like anorexia or bulimia. Soon the disorder is to have an official name and the American Psychological Association plans to call them “selective eaters”.

A final decision will be made for the next edition of the respected Diagnostic and Statistical Manual of Mental Disorders. The psychologists say that unlike bulimia and anorexia, selective eating may not be associated with serious health risks but the risk of nutritional deficiencies that lead to heart and bone problems remain.

Earlier children were the only ones labelled picky. However new research has shown that there is a substantial population of adults who come under this banner. Some blame textures and smell for this behaviour that is seen as a form of obsessive-compulsive disorder by psychologists.

Researchers at Duke University and the University of Pittsburgh have now started the first national public registry of picky eating, which will allow people to log in and report on their unusual eating preferences and habits. This exercise will give an insight into the disorder they feel. One trend that they have noted in these early stages is that most of these eaters shun bland foods like plain pasta or cheese pizza but like junk foods like chips and chicken fingers!