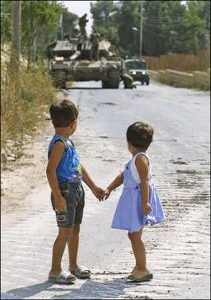 File this under – what a cool idea. Why shouldn’t the eating disorder groups and the obesity prevention groups be talking? Too often, non-profts get engaged in turf ways and competing to scarce dollars, supporters and the spotlight. I love to see this collaboration and can’t wait to see what more they do together in the future.

The National Eating Disorders Association (NEDA) and The STOP Obesity Alliance hosted a panel discussion (Friday, April 2, 2010 at Pace University) in New York City to discuss how the media and society as a whole could more effectively speak about issues of weight and health.

“In the national attempts to curb obesity, we have been saying it is vital to ‘do no harm,’ with messages that could be triggering to those vulnerable to eating disorders,” said Lynn Grefe, CEO of NEDA. “The public is confused and we hear it every day: ‘Are cupcakes the enemy?’ ‘Should we only eat organic?’ We should all be talking about health, not weight. The White House told us that the eating disorders and obesity fields should talk, and we followed their advice. We have more in common than imagined. While eating disorders have the highest death rate of any mental illness, we also know obesity kills. We need to address both.”

The panel discussion was unprecedented in bringing together disparate groups, obesity and eating disorder experts, as well as journalists with common goals to communicate about weight and health in a responsible manner. Rarely, if ever, have obesity and eating disorder groups collaborated with journalists to discuss the impacts that messaging about weight and obesity can have by inadvertently triggering unhealthy eating behaviors.

“We need to address the societal pressures and the unrealistic images bombarding us from the media that have been scientifically proven to be a contributing factor among people who develop eating disorders, depression and other esteem issues,” said Lynn Grefe. “These pressures affect all of us. Whether we are struggling with obesity or an eating disorder, it’s important that we come together to address the problem.”