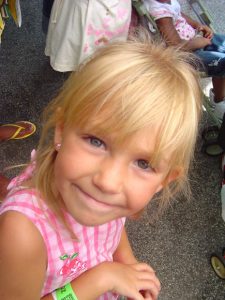 The Severity of binge eating disorder (BED), a psychiatric condition similar to other eating disorders like bulimia, minus the countervailing purging behavior, and compulsive overeating, but without the constant fantasizing about food, appears to be linked to very specific histories of childhood sexual or emotional abuse, which in turn lead to self-criticism, say researchers.

Some BED sufferers, in fact, have very negative associations with food. Moreover, until now, researchers knew little about the underlying causes of BED.

David M. Dunkley, a psychiatric researcher and clinical psychologist at the Jewish General Hospital (JGH) in Montreal, and his colleagues studied a group of 170 BED sufferers to come up with the conclusion.

Their results were published recently in the International Journal of Eating Disorders .

“Childhood sexual abuse or emotional abuse were associated with greater body dissatisfaction in BED, whereas physical abuse or physical or emotional neglect were not,” explained Dunkley, a project director at the Lady Davis Institute for Medical Research at the JGH and Assistant Professor of Psychiatry at McGill University .

“I definitely suggest that therapists focus on self-criticism in cases of suspected childhood maltreatment in BED,” continued Dunkley. “We did look at alternative theories, like childhood emotional abuse leading to depression which leads to body dissatisfaction and self-criticism. But it doesn’t seem to work that way. Self-criticism is the mediator. Without it, it doesn’t seem to progress to greater body dissatisfaction in BED.”