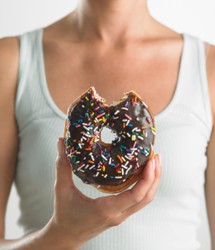 The treatment for binge eating disorder will most likely include a multidisciplinary approach combining therapy, dietary modifications, and perhaps even medications.

Treatment for binge eating disorder may also include working with a dietician to learn about appropriate meal sizes and food choices. The dietician may also monitor feelings of fullness before and after eating as well as if there were any emotions associated with meals, snacks, or binges.

Sometimes, the treatment of binge eating disorders may also include the use of medications. Anti-depressants are used to help patients who have depressive symptoms. An anti-seizure medication called carbamazepine had been studied and been shown to sometimes be effective for excessive appetite. Appetite suppressants may also rarely be used.