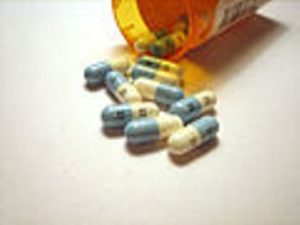 Obesity is defined as having a body mass index (BMI) greater than 30 and means that a person has a disproportionate amount of body fat. Since the incidence of obesity is upwards of 30% of the population in the United States, researchers have great interest in finding drugs for obesity.

Obesity is caused by an energy imbalance where more calories are consumed than are expended. The body converts this extra energy into adipose tissue. Obesity can increase the risk of a variety of health conditions with negative outcomes including heart attack, stroke, and diabetes.

Although a variety of drugs are used in the management of obesity, there is no “magic bullet” that cures obesity. Obesity drugs in general support the weight loss process which depends upon expending more energy than is consumed.

Obesity drugs come in a few categories depending on how they work. Obesity drugs include appetite suppressants, antidepressants, a seizure medication, hormones, and drugs that block the absorption of nutrients.

The first class of obesity drugs are appetite suppressants. The main drug used for this capacity is called phentermine. It is a stimulant and works through the neurochemical norepinephrine. Norepinephrine is the chemical released during times of acute stress in the “fight or flight” response. It decreases the appetite but can also increase the heart rate, blood pressure, and central nervous system stimulation. It can cause irritability, anxiety and sleeplessness.

In the past some appetite suppressants that worked similarly to phentermine were available over-the-counter such as ephedrine and ephedra. However, these have largely been removed from the market and are no longer used as obesity drugs.

The other class of medications used in the treatment of obesity are antidepressant agents. Sibutramine has been marketed for weight loss and works on both serotonin and dopamine receptors. Other antidepressants may also be used clinically to support the mood as people lose weight. These drugs may decrease the appetite but also signal satiety to the brain.

Another drug called topirimate is sometimes used as one of the obesity drugs specifically targeted for binge eaters. Originally this medication was approved for the treatment of seizures but increasing studies demonstrate its effectiveness in curtailing overeating binges.

One of the most contraversial obesity drugs highly touted in the news today is hCG. hCG stands for human chorionic gonadotropin and is a hormone secreted by the placenta in pregnant women. It is purported to work by drawing nutrients from the fat cells when administered to non-pregnant persons for weight loss purposes. However, there is little scientific evidence that this actually works and even if it did, it would require injections of hCG since taking it orally destroys the molecule before it can be absorbed.

Other obesity drugs block the absorption of macronutrients. One drug, olistat, was originally only available with a prescription but is now available over-the-counter. This medication blocks approximately 30% of ingested fat by inhibiting lipase in the intestinal tract. The fats are then excreted rather than absorbed.

There are many obesity drugs but none will work when used alone. Obesity drugs must be combined with diet and exercise. Also, obesity drugs do not come without risks. All obesity drugs should be used as one component of a comprehensive plan to reverse obesity under the supervision of a qualified healthcare professional.