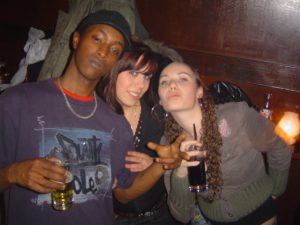 According to statistics, 17 percent of adolescents (aged from 12 to 19) were overweight back in the year 2000. More recent statistics (from 2007) indicate that the rate of overweight teens has increased from 14.4 percent to 15.8 percent within the last few years. It is believed that as many as 13 percent of teens are now obese; a significant increase from 10.7 percent a few years earlier.

An additional 15 percent of adolescents are at risk for becoming overweight based on their body mass index.

The problem of obesity is becoming more prevalent in the US, with the percentage of adolescents meeting the criteria for being overweight, more than doubling since the early 1970s. Within the last 20 years, the number of adolescents considered to be overweight has actually tripled.

Approximately 25 percent of young people (including teenagers) admit to participating in no aerobic physical activity, and 14 percent do not even engage in light or moderate physical activity.

45.2 percent of overweight adolescents in America were trying to lose weight in 2007.

While overweight teens do not suffer the same health consequences as their obese peers, the trend towards obesity in America is concerning, as indicated by the increasing numbers of overweight and obese adolescents. Obese adolescents suffer from physical, social, and emotional issues, which can lead to greater risk of health complications as adults.