What Is An Eating Disorder? 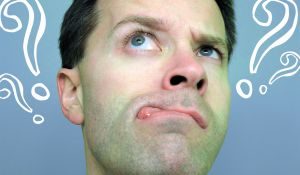 While the exact causes of eating disorders are unknown, experts often attribute them to biology, psychological and emotional health or society. In the context of biology, there are a number of genes that make certain people more vulnerable to eating disorders than others. There is some evidence that serotonin may also influence behaviors associated with eating.

In terms of psychological and emotional health, those with low self-esteem, perfectionism, impulsive behavior and unhealthy relationships are often more likely to have eating disorders. Regarding society, the Western cultural push for thinness is often cited as a cause of eating disorders. Peer pressure and media influence are also sometimes attributed to the cause of anorexia, bulimia, etc.

Who Has Eating Disorders?

* Female
* A teenager or young adult
* On a diet
* In a transition (moving to college, breaking up)
* An athlete, actor, dancer or model

Treatment for eating disorders often depends on the specific type, though generally they are treated with a combination of psychotherapy, weight restoration and nutrition education, hospitalization and medication. It’s important to note that while medication can’t cure an eating disorder, it can help control urges to binge, purge and obsess.