What Are The Three Categories Of Eating Disorders? 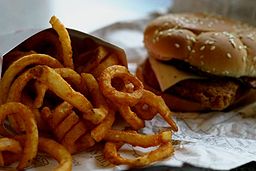 Despite appearing very thin and emaciated, people that suffer from anorexia, or anorexia nervosa, still pursue loosing even more weight despite the fact that there is no need to. In order to stay thin, anorexics typically engage in extreme dieting, or binge eating followed by purging or excessive exercise to maintain their extremely low weight. Others may abuse or misuse laxatives, enemas or diuretic medications. Some sufferers may use a combination of all or some of these methods.

Also referred to as bulimia, bulimia is characterized by frequent, recurring episodes of eating large amounts of food (also called binge eating) followed by purging, vomiting, excessive use of laxatives, exercising or fasting to get “rid” of the food. People that suffer from bulimia may not appear to be underweight, but actually may be normal weight or even overweight.

What is Binge Eating Disorder?

Referred to as emotional eating, compulsive overeating or food addiction, binge eating disorder is more than a person just eating too much every once in a while. People that suffer from binge often eat large amounts of food alone, despite not being hungry. Unlike those with bulimia, binge eaters do not purge after eating and therefore are typically overweight or obese.