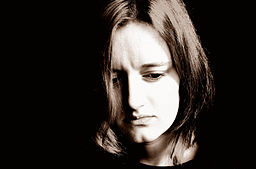 Major depressive disorder, also commonly referred to as depression, is a serious emotional and medical condition that may require long-term treatment to keep symptoms from returning.

It is estimated that about 25 million men and women in the United States will suffer from an episode of major depressive disorder this year, costing the United States more than $80 billion in lost productivity and treatment.

According to the National Alliance on Mental Illness (NAMI), major depressive disorder is a mood state that goes well beyond temporarily feeling sad or blue. It is a life-long condition that affects one’s thoughts, feelings, behavior, mood and physical health.

Since it can be a life-long condition, people should be aware of the signs and symptoms in order to seek proper medical treatment. Major depressive disorder symptoms can include:

Like changes in appetite, some people may experience difficulty falling asleep and staying asleep throughout the entire night, while others may sleep too much.

For some people, there is a loss of energy to get things accomplished throughout the day. A person may feel too fatigued to go to work or school, or even to accomplish every day tasks like brushing their teeth or hair.

Many people lose confidence and self-esteem in themselves and the world around them during a depressive episode. They may dwell on mistakes they made in the past or loved ones lost.

People affected by depression may lose interest in activities they once enjoyed such as hobbies, eating and even sex.