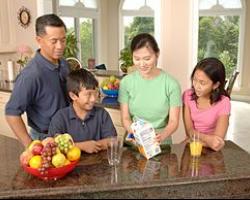 An eating disorder is a complex illness that could have a genetic component which is affected by a variety of environmental and biological issues. These types of disorders involve a range of different conditions that may include food obsession, weight and body image. The obsession that comes with an eating disorder is often so intense that it affects a person’s health, family relationships, work and daily living activities.

Research into eating disorders is constantly evolving and science continues to gain increased knowledge into the risk factors that may contribute to the condition.

Through a number of different research studies into families and twins, it’s been proven that genetics play a role in predisposing someone to an eating disorder. In other words, people born with certain genotypes are at an increased risk for developing an eating disorder. This also means that an eating disorder can be inherited from a parent or another family member with an eating disorder. Epigenetics is the process through which environmental effects alter gene expression.

Some genes that have been identified as influencing an eating disorder are related to certain personality traits. Some of these characteristics include; obsessive thinking, perfectionism, neuroticism, excessive persistence, emotional instability, hypersensitivity and impulse control issues.

Even in healthy individuals who do not have an eating disorder, being in a state of semi-starvation can trigger obsessive thoughts around food, depression and anxiety. Brain imaging studies have shown in people with an eating disorder there is altered brain circuitry.

It’s entirely possible that a traumatic event such as a death of someone close or experiencing physical trauma or sexual abuse can cause someone to develop an eating disorder. Trauma victims often suffer from feelings of guilt, shame, depression, body hate and lack of control. These emotions can fuel a person to develop an eating disorder in a bid to control something in their lives or in an attempt to escape the feelings of shame, guilt and pain.

People who have an eating disorder are oftentimes lacking the skills needed to tolerate negative experiences and emotions. When these individuals engage in actions like restricting, purging, binging and excessive exercise, it’s commonly done as a response to conflict, stress, emotional pain, low self-esteem or trauma. If a person isn’t raised with strong self-efficacy skills and does not have a strong sense of self-worth, it results in poor coping skills which set the stage for the development of an eating disorder.

A person’s family is an integral part of healthy childhood development. In the past, parents were often blamed as the sole reason for a child’s eating disorder. However, while stressful or chaotic family life can trigger or exacerbate an eating disorder, it’s not the underlying cause.