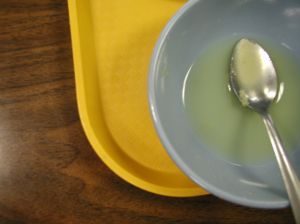 There are four suggested links between college and eating disorders: perfectionism, leaving home, contagion or association, and replacement. While these triggers can be avoided, it’s important to recognize them in order to stay healthy.

Perfectionism: Many college students were perfectionists in high school and have carried that into college. Friends, grades, clothes, weight and image are all a concern. In the case of weight and appearance, perfectionism can be a trigger for anorexia or bulimia.

Leaving Home: Leaving home for the first time to live in a dorm can be stressful and frightening – it might even lead to a sense that one lacks control. In order to regain control, a person might turn to an eating disorder.

Association: Some suggest that eating disorders can be contagious – that is, members of a sorority, sports team or acting troupe are more likely to have an eating disorder because it seems “normal” within the group. The temptation to follow the lead and fit in can be strong.

Signs that a student might have anorexia nervosa include restricted eating, odd food rituals, intense fear of becoming fat, rigid exercise routine, use of laxatives or dressing to hide weight loss. A shift in attitude might also be noticeable and can include mood shifts, perfectionist attitude, withdrawal from people and low feelings of self-worth. A person with anorexia might appear pale, feel cold, have fainting spells and exhibit weight loss.

Students might be suffering from bulimia nervosa if they use diet pills, have a fear of being fat, eat secretly, avoid restaurants or planned meals, go to the bathroom after meals or have a preoccupation with weight and food. Physical signs of bulimia might include complaints of feeling cold, dizziness and fainting, weight fluctuation and unexplained tooth decay.