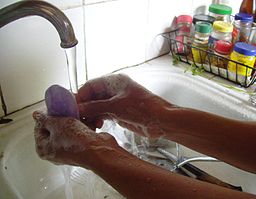 The definition of obsessive-compulsive disorder (ODC) has recently changed within the field of psychiatry.

In the new, fifth version of the Diagnostic and Statistical Manual of Mental Disorders (DSM), or DSM-5, published by the American Psychiatric Association, the chapter on anxiety disorders no longer includes OCD. Rather, the DSM-5 has created a new chapter specifically outlining “Obsessive-Compulsive and Related Disorders.”

Why a New Chapter for OCD?

More than 2.2 million Americans suffer from OCD, according to the National Institute of Mental health. It is a disorder in which people suffer from persistent, ongoing obsessions that interfere with every day life.

Some people with OCD use what are called “rituals” to control the anxiety that their obsessions produce. For example, if a person is obsessed with germs, the ritual may be the need to wash his or her hands over and over. Other common rituals include the need to touch things in a particular sequence and the need to count things over and over.

While many people have certain rituals they follow, such as checking to see if their car door is locked or clicking the alarm button a few times as they walk away, people with OCD lose control to the point where performing their rituals interferes with daily life.