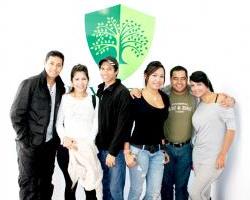 The time a young man or woman spends in college, signals the transition from adolescence to adulthood. During this time, many college students are exposed to risk taking behaviors and may be unable to cope with the stresses or adjustments being experienced. The Centers for Disease Control (CDC) conducted a survey in order to determine the risk factors more prevalent in the lives of college students who engage in problematic behaviors in the United States and the following information was uncovered.

The Centers for Disease Control website points out that dietary changes are very predominant among college students in the United States. Life in college means experiencing new foods, lunchrooms and a plethora of endless buffets. Some students may begin taking part in risky behaviors such as overeating. Others, particularly females, often develop dangerous eating habits such as anorexia, bulimia and binge eating. Anorexia is characterized by restriction of calories and severe weight loss. Bulimics develop a dangerous pattern of binging and purging. With bulimia, a person will commonly overeat and then use laxatives or vomit to get rid of the food in the body. Binge eating disorders involve people overeating on a consistent basis and then feeling as if they are unable to stop.

Overcoming these destructive behaviors can be very difficult and often it requires a combination of medical and psychological treatment methods. Those who are concerned with their eating habits may wish to speak with a counselor or medical professional, if the behavior has grown to uncontrollable levels.

Drinking and Drug Use and Abuse

Recently, there have been countless news stories about the excessive drug and alcohol abuse that goes on at colleges all over America. According to the National Institute of Alcohol Abuse and Alcoholism, as of 2010, more than 1,400 college students perish each year due to excessive and underage drinking. College students are more likely to engage in binge drinking and attending all night parties, while trying to maintain a stable grade point average and many have a part-time job. These types of stresses can present college students with unique challenges and if it becomes too much to deal with, many youngsters turn to drugs and alcohol as a means of escaping.
Drinking and drug use are very common during the college years and as a result, many will die due to substance abuse, overdose and accidents related to being intoxicated or under the influence of drugs. In order to regain control over drinking or drug use, many college students would benefit from seeking treatment for these issues because if not, it can ruin their entire future.

College is a time for growth, maturing and experimenting for many youngsters. College students are likely to eat unhealthy foods, engage in risk taking behaviors and do a wide variety of different things that are generally unsafe. If you are a college student and find yourself in the throes of unsafe behaviors, talk to someone you trust and seek help because you don’t have to continue living your life this way.