Can the Lack of Proper Nutrition to the Brain Cause Seizures? 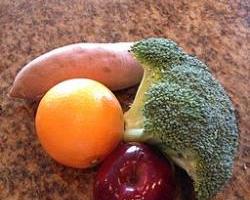 Seizures can be very frightening, in particular because there is no indicator as to when one will occur. Some people will actually feel the symptoms of a seizure days before it happens, while others can have one come on with absolutely no warning. While there are many treatment options for seizures, it will depend on what is causing them. There are also steps a person can take in order to decrease the number of seizures they experience that may be linked to a lack of proper nutrition.

One study reports low levels of vitamin D could be attributed to seizures and an increase in those levels could decrease seizures by up to 40 percent. Additionally, there are other studies indicating certain vitamin deficiencies could play a role in seizures in adults, but there is no definitive evidence that proves it conclusively.

Mineral deficiencies have been definitely linked to seizures. According to information from the Epilepsy Foundation, low levels of sodium, calcium and magnesium can cause an alteration of electrical activity in brain cells and result in seizures. However, while mineral malnutrition is fairly rare, there are certain factors that may contribute to the body having low mineral levels.

The levels of sodium in a person’s body can be lower in people who use diuretics or take certain medicines. Drinking too much water can also dilute blood sodium levels in the body. Lastly, hormonal disorders can also lead to mineral deficiencies. Other causes of low sodium in the body can be linked to diseases like heart failure and cirrhosis of the liver.

Calcium deficiencies in the body can be a result of vitamin D and magnesium at lower levels than optimal. Certain types of prescription medications and diseases can also cause low levels of calcium. Low magnesium in the body can be due to alcohol use, dietary deficiency, diarrhea, stomach or bowel disorders, use of laxatives, kidney damage, pregnancy and certain medications.

While most seizures can be successfully treated with medicine, adopting a healthy diet that is dense in nutrients, vitamins and minerals can prevent seizures in certain situations. If you are suffering from unexplained seizures, it is a good idea to speak with your doctor to find out if it could be due to lack of proper nutrition. Your physician can outline the reasons as to why you could be suffering from seizures and help you to determine what the root cause might be.

Through working with your medical professional and possibly a dietitian, you can find out what your diet may be lacking and develop a healthy eating plan that may decrease or eliminate the seizures you are having.