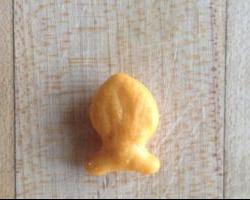 It’s impossible to talk about eating disorders without acknowledging the obsessive and compulsive behaviors that are characteristic of these types of conditions.

While eating disorders and obsessive-compulsive disorder (OCD), are separate diagnoses, many people suffering from anorexia, bulimia or any other type of eating disorder are prone to OCD-like behavior.

Here are three things you may not know about the complexities of this relationship:

Like most addictive conditions, the underlying need and belief that guides action in both eating disorders and OCD is perfectionism. Those who have either disorder have an intense need to exercise control over their behaviors, and they will often specific develop rituals and patterns around food.

Bingeing, purging, calorie counting and even obsessive portion control can be symptoms present in both OCD and eating disorders.

3. Treatment can cure both conditions

While OCD and eating disorders may manifest differently, the good news is that treatment is generally the same – which means the right therapies could help to cure both conditions at once.

The most common type of treatment for these conditions is cognitive-behavioral therapy, or CBT, which is focused on understanding and changing deep-rooted thinking and behavioral patterns.

Both conditions may also improve with dietary therapies, the right medications and ongoing support from 12-step groups or individual counseling.