What Is “Pro-Ana” Weight Loss? 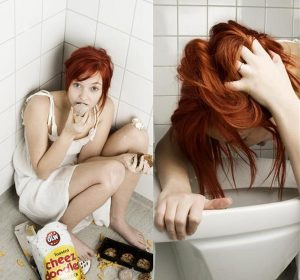 Pro-Ana weight loss is a word used to define the conviction that anorexia and/or bulimia are a lifestyle choice, rather than a type of mental illness. Weight loss plans linked with this movement are extremely dangerous and may include techniques such as starvation, binging and purging, and excessive exercise. The health risks associated with Pro-Ana can be quite serious and in some cases fatal, so it’s not something you should ever consider.

There are many Pro-Ana groups on the internet and they promote weight loss by any means possible, such as calorie restriction, starvation and deprivation or excessive exercise. While these groups will differ in their definitions of Pro-Ana, the basic core belief is that losing weight comes before someone’s health and well-being. Some groups use this term to endorse the empowerment of people with an eating disorder, while others openly agree with unhealthy and dangerous practices that come with anorexia and bulimia.

The internet is home to a plethora of websites and “support” groups designed for those seeking information about the Pro-Ana lifestyle. Websites will often have forums, blogs and chatrooms in which people can share tips on how to rapidly lose weight such as crash dieting, throwing up, fasting or starving. Members will usually post pictures of horribly thin models and entertainment personalities they aspire to look like. This is a very dangerous precedent because often movie stars and models are airbrushed in photographs and it is almost impossible for a normal person to look that way and be healthy. Many Pro-Ana terms like Mia which is short for bulimia and ED which is short for eating disorder, are thrown around by members in the chat room and forums.

Many websites that support the Pro-Ana lifestyle will exploit a member’s insecurities and may even go so far as to intimidate or ridicule the individual. Using fear of rejection and judgment, these websites often bully members into losing weight and doing whatever unhealthy methods they can to do it. The weight loss methods utilized on Pro-Ana websites can include anything from starvation to using laxatives or throwing up to get rid of calories from the body. Binging and purging, fad dieting and fasting are among some of the other methods supported by these websites. In addition, many of the members offer “advice” on how to lose weight and hide the behavior from others.

The health risks associated with eating disorders like bulimia and anorexia are just as real with leading a Pro-Ana lifestyle. However, many times the dangers and risks of these practices are downplayed on websites. The physical consequences related to anorexia include organ failure, heart damage and death. Engaging in purging with bulimia can carry other inherent risks such as tooth decay, rupturing of the stomach and esophageal damage. The malnutrition caused by an eating disorder can cause serious problems on a person’s mental health and cognitive functioning as well. You should never engage in unhealthy methods to try and lose weight, because it can lead to the development of an eating disorder and bring with it many debilitating and horrific health consequences.