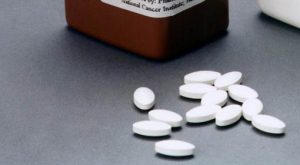 A binge eating disorder is thought to be a consequence of an emotional or mental condition, rather than the result of a physical disease. This means that medications to treat binge eating are used to treat the underlying condition, rather than the eating behavior directly. The primary treatment is still “talk therapy” which attempts to help patients deal with those parts of their lives and personalities that lead to the disorder.

Meds for anxiety and depression

When a psychiatrist determines the unwanted eating behavior is linked to anxiety or depression, any of a number of medications may be prescribed. The idea is that helping reduce the feelings that lead to the bingeing will reduce the frequency of bingeing. In fact, this is how improvement is tracked – since binge eating appears as a cyclical pattern of overeating, lessening the episodes is a measurement of how well a patient is doing.

Most commonly, antidepressants are prescribed, either selective serotonin reuptake inhibitors (SSRI), or tricyclic antidepressants. Some popular medications in the first class are Prozac and Zoloft. These are also used to treat depression and obsessive compulsive disorder. There are many others available in the SSRI class, and generally, physicians will try a second brand name if side effects are noticed from the first one prescribed.

Tricyclic antidepressants, such as amitriptyline and imipramine, are less often prescribed for binge eating disorders linked to depression because they have more side effects than the SSRI’s. However, they do find use in some patients who do not respond to a trial of an SSRI.

Topamax is a drug marketed for seizure disorders and migraines. The generic name is topiramate. This drug gained interest in the medical community as an alternative therapy for binge eating because patients on it for other reasons also showed changes in their eating patterns. A study published in The American Journal of Psychiatry showed improvement in symptoms in obese patients given the drug. The measurement used in this study was frequency of binge eating episodes and weight loss. The study lasted 14 weeks, and patients were twice as likely to improve on topiramate as on placebo, with a median reduction in weight over that period of about 12 pounds.

It isn’t currently understood how topiramate causes the reduction in bingeing, and it should be noted that 54% of patients taking placebo in the study also showed improvement. This implies that non-medication based treatments have value, and justifies the combining other types of therapy with medications. In other words, binge eating isn’t a disorder where simply taking a pill can be expected to resolve the problem.