How Is A Binge Eating Disorder Diagnosed? 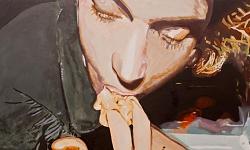 Diagnostic Criteria for Eating Disorders Are Found In the DSM-IV

There is a manual called the Diagnostic and Statistical Manual of Mental Disorders, 4th Edition (DSM-IV) which sets forth the criteria that must be present in order to diagnose a whole host of mental disorders, including eating disorders such as BED. The diagnostic criteria for bulimia and anorexia nervosa are listed as are the criteria for EDNOS (Eating Disorders Not Otherwise Specified).

BED is not recognized in the DSM-IV as a stand-alone disorder but rather falls under the category of EDNOS. This means that people who are affected by BED experience a variety of disordered eating behaviors on the spectrum of eating disorders but it doesn’t meet the criteria for the specific eating disorders of anorexia and bulimia.

Clinically speaking, however, BED is recognized as a bona fide and distinct eating disorder characterized by recurrent episodes of binge eating that occur twice weekly or more for a period of at least six months. Bingeing is defined as consuming a larger than normal amount of food in a short time frame. In addition, a person with BED feels a lack of control over the eating.

In BED, Bingeing Is Associated with 3 Characteristics

In BED, bingeing episodes are associated with at least three characteristics. People with BED will eat to the point of being physically uncomfortable. In addition, they may eat when not physically hungry. They may also eat rapidly and alone because of the embarrassment they experience over the quantity of food being consumed. Binges are often followed by intense feelings of self-disgust, depression and guilt. These negative feelings may in turn trigger more bingeing behavior.

An important distinguishing characteristic in how is a binge eating disorder diagnosed is that people with BED do not engage in inappropriate compensatory behaviors like purging, excessive exercising, fasting, and inappropriate use of laxatives, enemas, or diuretics such as is found in Bulimia Nervosa or Anorexia Nervosa. Therefore, people with BED often present as either overweight or obese because they consume so many extra calories.

What Is the Clinical Picture of a Person diagnosed with BED?

So in sum, how is a binge eating disorder diagnosed? A clinical picture is present that includes a person being overweight or obese, engaging in bingeing episodes, feeling a lack of control over the eating, experiencing feelings of guilt, disgust, and shame, and the absence of compensatory behaviors to manage weight as is seen in anorexia or bulimia. These symptoms must be present for at least months and the bingeing episodes must occur at least two times a week.