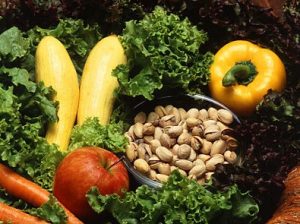 Women with diabetes may be at an increased risk for developing an eating disorder, according to the American Diabetes Association. Among those with type 1 diabetes, bulimia is the most common eating disorder reported, while binge eating is more common among women with type 2 diabetes.

Type 1 diabetes is a condition in which the body’s immune system attacks insulin-producing cells in the pancreas. Insulin allows the body to use or store the blood glucose (sugar) it gets from food. People with this disease produce little or no insulin, so they have to take insulin shots—often multiple times a day—in order to stay alive.

While insulin protects muscle mass from breaking down, it also encourages fat storage. As a result, some patients purposely manipulate their insulin, often skipping doses in an attempt to either prevent weight gain or lose weight. According to Ruchi Mathur, MD, the term for this behavior is “diabulimia.” Although it can occur in any patient with type 1 diabetes, it tends to be more common among young girls and women with the condition.

A potential consequence of skipping insulin injections is increased blood sugar levels, which can result in dehydration, fatigue, and a breakdown in muscle tissue. If this behavior continues for an extended period of time, it can accelerate the development of diabetic-related complications, including eye disease, kidney disease, and limb amputations.

Type 2 diabetes is the most common form of diabetes. The condition causes the body to either not produce enough insulin or ignore it. Over time, excess sugar in the blood raises the risk for heart disease, loss of vision, nerve and organ damage, and other serious conditions.

Using diabetes as an excuse for disordered eating

Weight management, controlling food, and the state of one’s body are involved in both diabetes and eating disorders. Some diabetics may use their condition as an excuse for the way they eat, camouflaging and justifying a serious disorder. The complications associated with these conditions separately can be fatal, so comorbidity (having both) is a recipe for disaster.

“The stigma associated with eating disorders has long kept individuals suffering in silence, inhibited funding for crucial research, and created barriers to treatment.”

This lack of communication and information prevents society from truly understanding the causes and consequences of these potentially life-threatening illnesses. But it is important to acknowledge that help is available and recovery is possible.