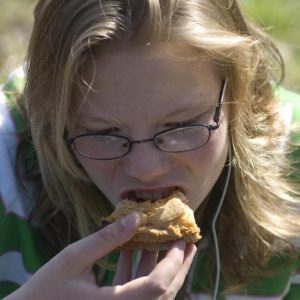 Many factors can contribute to the onset of an eating disorder such as anorexia nervosa, bulimia nervosa, or binge-eating disorder. In general, the exact cause of developing one of these disorders is unknown as there are quite a few forces at play, any one or combination of which can lead to disordered eating behaviors. Listed below are some of the possible causes of eating disorders.

Someone’s risk of developing an eating disorder is anywhere from 50 to 80 percent determined by genetics. For example, a woman whose mother or sister either has or has had anorexia nervosa is 12 times more likely to develop the disease and four times more like to develop bulimia than a woman without this family history.

Other mental disorders tend to be present in those who have eating disorders, including depression, anxiety, obsessive-compulsive disorder, post-traumatic stress disorder, and personality disorders. Low self-esteem, impulsive behavior, a need for control, striving for perfection, and troubled relationships are common characteristics among sufferers of eating disorders.

The media and social expectations can influence one’s sense of self, particularly his or her appearance. Unrealistic representations of the body and narrow definitions of beauty for both men and women are rampant in advertising, movies, music videos, and other visual mediums.

“Most fashion models are thinner than 98 percent of American women,” according to Linda Smolak, Ph.D. “The average woman is 5″4′ and weighs 140 pounds. The average model is 5″11′ and weighs 117 pounds.”

Abuse: Research has shown that many people with eating disorders have a history of emotional, physical, or sexual abuse. The disorders tend to help these people feel safe, forget the memories, or numb their emotions.

Trauma: Death, loss, or abandonment can lead to disordered eating behaviors as a way of coping with the experience.

Bullying: An individual who receives constant criticism about his or her weight may develop an eating disorder as a coping mechanism.

Focus: Extremely body-conscious parents who constantly diet, exercise, and/or talk about weight may pass along their obsessive behaviors to their children, which can manifest as eating disorders.