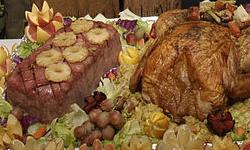 Bulimia nervosa is a medical condition that is marked by unusual eating behaviors. These behaviors can be spotted if you know what to look for, but be aware: none of these constitutes a diagnosis. These are warning signs that can and should generate concern, but only a psychiatrist or physician can diagnose bulimia.

Because bulimia is characterized by abnormal eating, the identifying the disorder means spotting either a pattern of inappropriate eating behaviors or the consequences. Many bulimics will also have symptoms of anorexia nervosa, but this isn’t universally so.

The classic pattern is one of binging and purging. Binging is eating an excessive amount of food in a short time. This is usually high calorie food and it can give a person a kind of “high.” The purging that follows the binge eating gives a sense of control over the situation.

The primary indication is then spotting this pattern. Realize that purging may not be just vomiting, although that is common. Other ways to purge are excessive or compulsive exercise to burn off calories and the use of laxatives to speed food through the digestive tract.

Things to look for:

If you are close to the person, there are other things you may spot. Typically, these are picked up by a parent of a teenager who is bulimic, with the most common situation being a mother and daughter.

There may also be associated and underlying mental conditions that lead to bulimic behavior. With treatment, this condition can be helped tremendously.