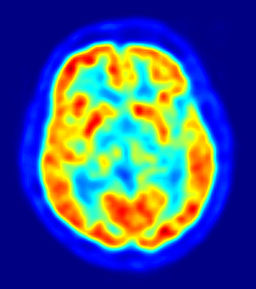 A startling statistic: Up to 24 million people in the United States suffer from an eating disorder, according to the National Association of Anorexia Nervosa and Related Disorders (ANAD).

Bulimia, which is characterized by frequent, recurring episodes of eating large amounts of food followed by purging – vomiting, excessive use of laxatives, exercising or fasting – to get rid of the food, affects an estimated 1.1 to 4.2 percent of women over the course of a lifetime. It’s unclear what exactly causes people to develop this condition, but a new study may shed light on what causes bulimia.

A landmark study published in the American Journal of Psychiatry may offer a pathway to new and more effective treatments for serious eating disorders such as bulimia and anorexia.

Researchers at the University of California, San Diego, used functional MRIs to measure the response of the brain to sweet tastes in 28 women who had recovered from either bulimia or anorexia. Another 14 women, who had never suffered from either eating disorder, also underwent the same evaluation.

When comparing the results of the two groups of women, it was found that those who had suffered from bulimia had significantly elevated responses to the taste of sucrose in a certain part of the brain that regulates appetite. Those women who suffered from anorexia had a significantly diminished response to sucrose.

Based on these results, researchers have hypothesized that the overeating associated with bulimia may represent an exaggerated perception of hunger signals from the brain. On the flip side, restricted eating and weight loss that occurs with anorexia may happen because the brain fails to recognize hunger signals.

While more research needs to be completed, researchers believe studies like this one could have very important implications as new targets for treatment could potentially be developed to treat these common eating disorders.