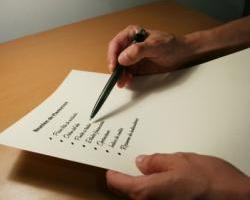 Bulimia is a condition that affects about 1 to 4 percent of women in their lifetimes, according to the National Association of Anorexia and Associated Disorders (ANAD).

Bulimia is usually diagnosed through criteria set forth in the Diagnostic and Statistical Manual of Mental Disorders (DSM).

The newest edition, DSM-5, outlines a set of characteristics and behaviors that may be common for bulimia sufferers.

The DSM notes that a significant number of individuals often don’t fit the categories of either anorexia or bulimia, so they are sometimes classified as having an “eating disorder not otherwise specified,” or EDNOS .

In the most recent updates to the DSM, however, researchers recognized that many EDNOS individuals may actually have binge eating disorder – which was a newly added category to the DSM-5.

Therefore, it’s important to know that symptoms of bulimia may include symptoms of both anorexia and binge eating disorder, as many patients seem to exhibit disordered eating behaviors from several different diagnostic categories.

According to the DSM, bulimia nervosa is characterized by:

However, a person may indeed suffer from bulimic behaviors on a more or less frequent basis, which could mean there are other disordered eating habits or conditions present.