Rats And Frosting May Offer Insight About Binge Eating 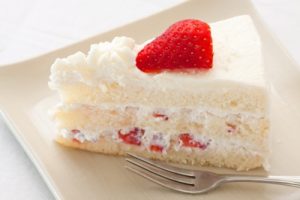 A lab experiment involving two different types of rats and some vanilla frosting might offer new cues about the genetic nature of binge eating disorder.

In a new study, researchers from Michigan State University used rodents in attempts to identify how different genetic and biological factors might contribute to eating patterns. For two weeks, 30 Spraugue-Daweley rats and 23 Wistar rats were part of a feeding experiment that involved giving them their usual rat food, switched intermittently with vanilla frosting.

“We only gave the rats the vanilla frosting every other day because that mimics human binge eating habits,” said Britny Hildebrandt, a graduate student in the Klump lab.

The rationale behind the frosting was that people tend to binge on sweets, for the most part, and not healthier foods.

What the team found was that binging rates were much higher in the Spraugue-Dawley female rats than in the other rodents. And while previous research has shown that binge eating is influenced by genetics, identifying these genes in humans hasn’t been successful.

“Unlike humans, animals do not have the cultural, psychological or psychosocial risk factors for binge eating, so they are simpler to study,” said study author Kelly Klump. “A rat could care less what it looks like.”

“We can now study the strain to identify the genes that might contribute to the disease,” she concluded. “From there, we can map these genes in humans. If we can narrow down to 20 or so genes, then we are one step closer to finding an effective treatment for binge eating.”

The study is published in the journal Physiology & Behavior.