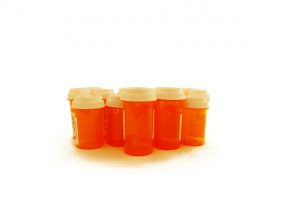 Binge eating disorder tends to manifest due to a complex set of psychological, genetic and environmental factors.

Treating the condition properly usually involves more than one type of therapy. Along with cognitive-behavioral counseling, nutritional support or other methods, medication can be helpful for certain individuals.

Topiramate is traditionally used to treat seizures in people who have epilepsy. It’s in a class of medicines called anticonvulsants, and it works by decreasing abnormal excitement in the brain. Topiramate is sometimes prescribed for people who are trying to abstain from alcohol, but it is also used to help treat binge eating disorder.

Serotonergic SSRI medications are sometimes prescribed for binge eating disorder as well. Some research has suggested that these types of medications can help binge eaters control the amount of food they eat, as well as help them improve their mood by increasing levels of serotonin in the body. One study showed that 41 percent of people who took antidepressants stopped binge eating after eight weeks, compared with just 22 percent of people who were taking a placebo.

Sibutramine, or Meridia, was withdrawn from the U.S. market in 2010 after the U.S. Food and Drug Administration found the drug to pose unnecessary cardiovascular risks to patients. The drug, which affects chemicals in the brain that regulate weight, was previously used to treat obesity, binge eating disorder and high blood pressure.

Talk to Your Doctor

Before going on medication for binge eating disorder, it’s important to speak with your doctor about your health history and other medications you may be taking. Since binge eating disorder is often rooted in psychological and behavioral patterns, medication is only a temporary solution that cannot holistically treat the condition for long-term success.