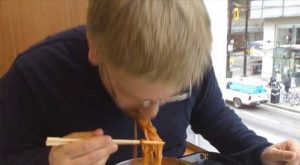 What is the most common eating disorder in the United States? Binge eating.

Affecting about 3 percent of all adults, binge eating is a serious eating disorder that can cause a range of medical complications, including death, if left untreated.

Following is an overview of this eating disorder, including signs, symptoms and potential treatment options.

What is Binge Eating Disorder?

Also called emotional eating, compulsive overeating or food addiction, binge eating disorder is more than just eating too much every once in a while.

Those who suffer from this condition typically eat very quickly until they are uncomfortably full, and eat large quantities of food despite not being hungry. They also eat alone because they are embarrassed about the amount of food they eat in one sitting, and always feel disgusted and guilty after a so-called “binge” episode.

Who is Affected by Binge Eating Disorder?

Like other eating disorders, binge eating affects more women than men. For every two men with the disorder, there are three women with it, and people who suffer from it are typically between the ages of 46 and 55 years old.

What is the Difference Between Binge Eating and Bulimia?

While people with bulimia also binge eat, the two conditions are not the same.

In bulimia, people go to extreme measures, including vomiting, fasting, over exercising or using laxatives, to get ‘rid’ of all of the extra food they eat during a binge-eating episode so that they don’t gain weight. These behaviors are not seen in those who suffer from binge eating disorder. As a result, many binge eaters are overweight or obese.

How is Binge Eating Disorder Treated?

Treatment for binge eating disorder can include a combination of medication, such as antidepressants, and behavior therapy, such as cognitive-behavioral or interpersonal therapy.

What Complications Can Result from Binge Eating?