Use Sertraline to Treat Anorexia 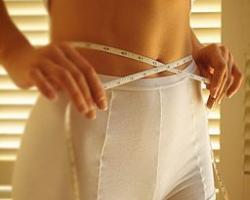 Treating an eating disorder is a complicated process that generally involves the use of pharmaceutical medications, nutritional counseling, psychotherapeutic counseling and addressing any medical complications if present. The guidelines make recommendations for the pharmacological treatment of three types of eating disorders and these include; anorexia and bulimia nervosa and binge eating disorder. Most of the medications used have not been solely approved for eating disorder treatment, but it is done off-label.

One of the most common antidepressants on the market is sertraline hydrochloride. The medication was first approved for patient use by the United States Food and Drug Administration in 1991. Sertraline is more often known as Zoloft and it has been proven to be effective for treating a wide array of psychological and eating disorders.

Anorexia nervosa is a condition that may be associated with medical conditions or medications that result in appetite loss. It involves a psychological aversion to food that can lead to a person starving themselves and becoming emaciated. With anorexia, a person will have an intense fear of gaining weight even when they are horribly underweight, people with this disorder have a distorted body image and often think they are overweight and women with anorexia could skip menstrual cycles.
Anorexics often restrict their calories by severe dieting. Those who are anorexic bulimic sufferers often maintain emaciation through purging, though both types of the disease are serious, the bulimic type often places additional stresses on an already undernourished body.

Anorexia is a very serious illness that brings a wide array of effects on the body and mind. It is commonly associated with a number of other medical conditions, ranging from infections to general poor health and in some cases, it can become life-threatening. Youngsters with anorexia are often at high risk of depression. People with anorexia are at great potential for suicidal thoughts or attempts. Alcohol and drug abuse are often common among those with the condition.

The first step towards diagnosing an eating disorder is for the individual to admit to having one. Often, an individual must be compelled into admitting the truth by a parent, partner or doctor because there is the risk of denial and resistance. Some people could try to self-diagnose their condition as an allergy or may refuse to address the situation altogether. It is often extremely hard for a person to admit they have an eating disorder, because it is embarrassing and may feel humiliating.

Many people with anorexia require inpatient treatment for an eating disorder. Treating an eating disorder should be individualized to a specific person and because there are many contributing factors, a team approach is the best way of addressing the issue. SSRI’s like sertraline have been very successful at treating anorexia, because it deals with the depression and helps reduce anxiety the patient may have over their body image.

It is important to follow the instructions of one’s treating physician and to take any medications given, exactly as prescribed. If a person experiences an allergic reaction, suicidal thoughts or any other troubling side effects, it is very important to report these symptoms to your physician and to seek immediate medical attention if and when necessary.