Things Nobody Ever Tells You about Anorexia 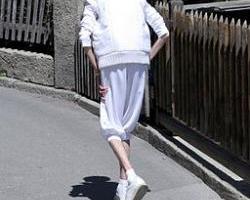 According to the South Carolina Department of Mental Health, an estimated 8 million people in the United States suffer from an eating disorder. However, statistics provided by the National Eating Disorder Association, estimates the number even higher and reports that 10 million women in America currently have an eating disorder.

It Is Not All about Body Image

It’s well known that a negative body image is a huge factor in the emergence of an eating disorder, but it is not the only one. Many people who are battling anorexia and/or bulimia also have a co-occurring psychiatric disorder such as obsessive compulsive disorder, depression and/or an anxiety disorder. Often the habits associated with an eating disorder will cause a sufferer to develop dangerous methods of coping such as restricting food, binge eating and purging. These methods are not only adopted to lose weight, but are part of a legitimate psychiatric disorder.

Not Only an Adolescent Disorder

According to a 2012 study that was published in the International Journal of Eating Disorders, approximately 13% of females over the age of 50 surveyed had eating disorder symptoms and as many as 6% of those women reported being unhappy with their appearance. This information proves that eating disorders do not discriminate against age, because no matter how young or old a person may be, they can still carry around a sense of shame and struggle with their appearance.

Someone with an Eating Disorder is Not Easy to Identify

A lot of people with an eating disorder do not look any different than anyone else. Someone’s outward appearance is rarely a reliable indicator of the severity of an eating disorder. Some of the most horrific consequences of anorexia, bulimia and binge-eating are imperceptible. A person could have an eating disorder and suffer from muscle loss, irregular heartbeat, electrolyte imbalances, osteoporosis, high blood pressure, ulcers, and diabetes and one would never know it by just looking at them.

People with Eating Disorders Can Just “Stop” Doing It

Recovering from an eating disorder involves more than just stopping the behavior. An eating disorder is a complicated and complex illness and it can be linked to psychological, cultural and physiological factors. Treating these disorders involves teaching the sufferer how to eat healthy, but other effective methods for treatment of these diseases include support groups, counseling, psychotherapy, nutritional counseling and psychiatric medication.

Eating Disorders Are Serious and Can Be Life-Threatening

Eating disorders can and do kill people, they have a high mortality rate and can become fatal unless a person gets it under control. A person’s worth is never determined by a number on the scale. Despite the severity of an eating disorder, recovery can happen when a person receives the proper treatment. Once a person has overcome an eating disorder, they can go on to learn how to maintain a healthy body weight, restore themselves to a positive body image and lead a full and happy life.