The Effects of Starvation on Human Bones 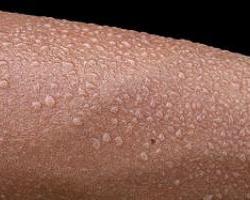 The effects of starvation and malnutrition on the human body were well evidenced after the horrors of the Holocaust were discovered. Famine and being restricted from food led to an average daily intake of 200-800 calories in the concentration camps and ghettos. The results of this starvation and malnutrition resulted in an increased risk of fractures, decreased bone density and decreased cortical strength.

Another severe side effect of restricted or diminished food intake results in vitamin deficiencies.

Starvation describes the most severe type of malnutrition. It results in a deficiency so harsh, it’s hard for vital organs to function enough to allow a person to survive. According to the International Journal of Endocrinology, nearly 805 million people worldwide are estimated to be suffering from malnutrition. Approximately 25 percent of children experience stunted growth due to malnutrition, while around 45 percent of deaths in children under the age of 5 can be attributed to starvation.

A person could experience starvation for a short period of time or it could be for extended periods of time, therefore leading to a chronic adaptation of the body to the lowered calorie intake. Starvation induced changes in bones have been described in experiments using animal models.

One of the most common diseases associated with starvation is anorexia nervosa. This psychiatric disorder is more common in women than in men and is characterized by self-induced restriction of calories, along with a variety of other symptoms. Osteoporosis has been thought to be associated with anorexia, as a possible consequence of diminished estrogen levels, calcium and vitamin D.

Bulimia is another eating disorder that can have a detrimental effect on the health of human bones. It is characterized by binge eating and subsequent vomiting to rid the body of food. Repeated vomiting could result in robbing the body of important vitamins, minerals and nutrients that are essential to healthy bones and it may wind up putting the sufferer at a higher risk of fractures, decreased bone density and osteopathic disorders.

Studies have been done to learn the effects of starvation on the human bones. In one such study, researchers found that hyper-caloric nutritional therapies in combination with calcium and vitamin D supplementation have been demonstrated to be helpful in restoring bone health. Oral contraceptive therapy in itself has not been proven to improve bone density in osteopenic or osteoporotic patients who were diagnosed with anorexia nervosa. In a subsequent follow up study, researchers examined the effect of either the administration of rhIGF-1, an oral contraceptive containing ethinyl estradiol and norethindrone or no treatment at all on the bone density in the spines of 60 osteopenic women, diagnosed with anorexia nervosa. The results at a 9-month follow up found a combination of contraceptives and the rhIGF-1 lead to the most improvement in bone density.
Starvation and malnutrition have long been suspected of playing a role in the development of osteoporosis and osteopenia. The consequences of long-term starvation endured in one’s life are grave and results in decreased growth and bone mineral density.