The Effects of Fashion Models on Young Girls 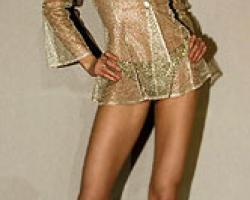 As a young girl grows up, she is sure to encounter magazines and television shows that feature skinny, willowy, fashion models. Almost every young girl goes through an awkward stage right before sprouting up and transitioning through puberty. Some girls are lucky and never experience acne, baby fat, unruly hair, and a plethora of other issues. However, some girls secretly see fashion models and hold them up as being the “ideal” female they wish to look like.

Some girls are lucky enough to skip through the awkward phase, while others feel they need to lose weight. These girls feel if they lose weight and get skinnier, they could become like their favorite fashion model. However, they lose sight of the healthy reasons for their weight loss and it evolves into poor self-image and some girls develop depression.

Though young girls don’t realize it, watching reality TV, models in advertisements and idolizing the women in Hollywood is unrealistic and it affects their persona of themselves. The media puts such an intense pressure on the “ideal” image that it can actually be quite harmful to a young lady with low self-esteem.

The media portrays body image as being everything and it has resulted in eating disorders, depression and body issues among young girls.

The word “calories” is enough to make someone cringe. The media is always touting some newfangled pill or diet to jump on in order to lose weight. When you see the advertisements of the before and after pictures, many girls mistakenly think they too can look like that. Many girls resort to the easy way of losing weight either through starvation or purging.

Young women who place a lot of belief in the media tend to think if they don’t starve themselves or punish their bodies that they won’t ever fit in. Nothing could be further from the truth.

Another feature that is present with the media’s effects on young girls is depression. Exposing young girls to the images of thin, attractive models increases their feelings of body unhappiness and other negative emotions. The effects of the media on a young, impressionable girl can make her feel inadequate, unconfident and unsure of herself. Some girls have become depressed because of the constant pressure to look ‘perfect’.

If children grow up seeing unrealistic images on television and in print advertisements, they aren’t seeing reality. Children don’t know the models are airbrushed and their bodies are photo-shopped to create the ideal image of perfection.

In America where the rates of obesity have reach epidemic proportions, society values svelte, athletic images. Many advertisers and retailers are against embracing the reality that is a woman’s body today. The average woman in America has become heavier and women are quick to blame the media for the pressure it places on them to be thinner.

The more pressure a woman feels to be “ideal,” the more likely she is to turn to food for comfort and the more of a chance there is for her to become depressed. The emaciated models we see on the runways in big fashion shows aren’t a healthy example of how a woman should strive to look. We ourselves are the true ideal of the human body and the more confidence we instill in young girls, the more we empower them to love themselves just as they are.